One Book One Community 2020: Americanah: Nigeria 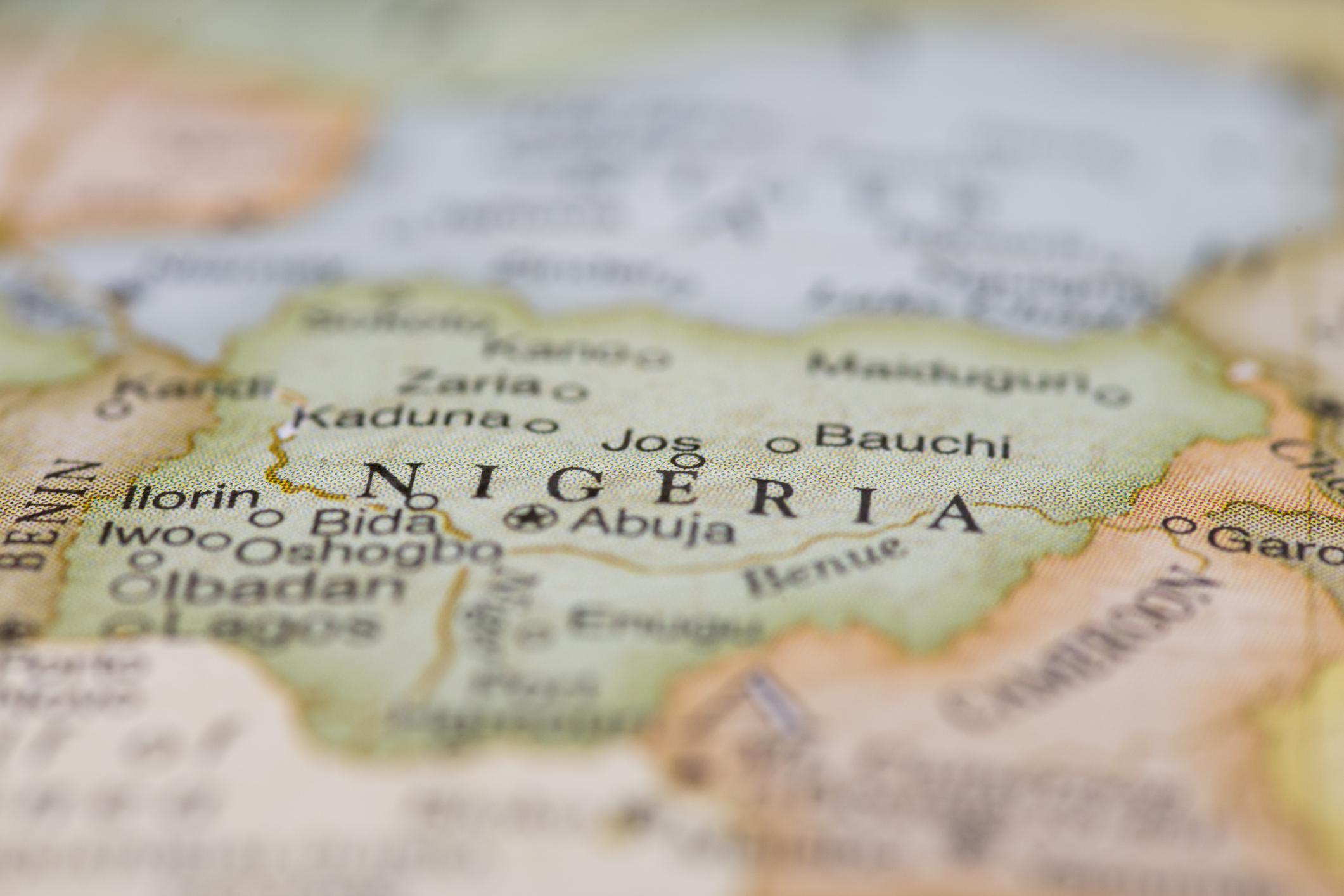 Learn about Nigerian history using the CultureGrams database in The Digital Library!

More than five hundred languages are spoken in Nigeria. English is the official language and the language of most media, including television and newspapers. However, not all of the population can speak English, and some consider it a foreign language. Pidgin English (a combination of basic English and local languages) aids communication between people of different ethnic groups; it is often used in casual conversation. 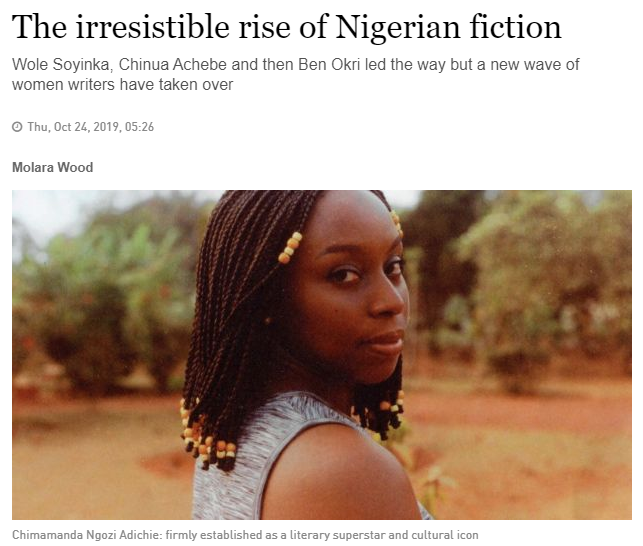 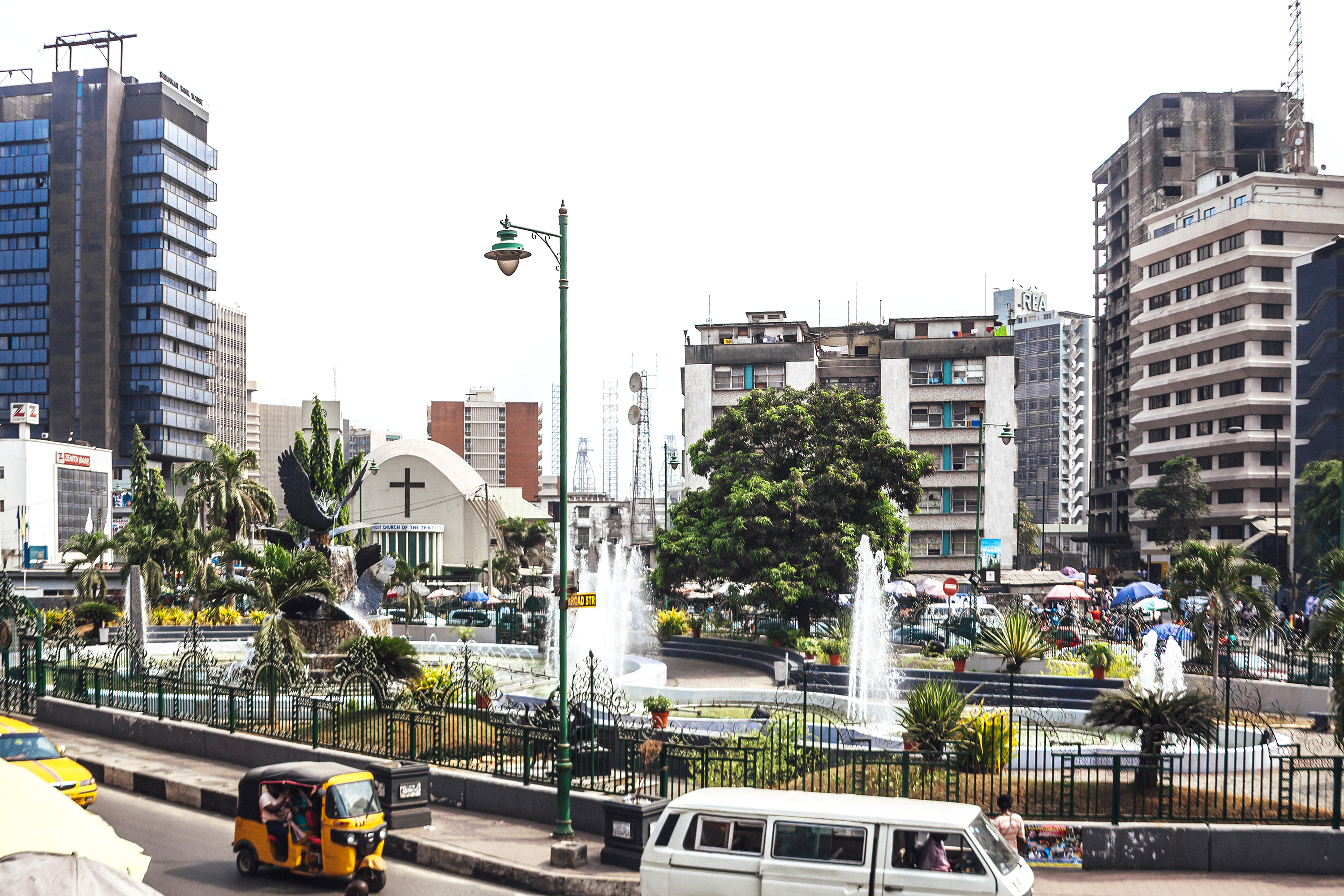 Music
Nigerian music often combines Western and traditional elements and is typically accompanied by dancing. Among the greats of Nigerian music is Fela Kuti, who pioneered Afrobeat (a blend of jazz, funk, and local rhythms) in the 1960s and ’70s. Another Nigerian style, juju, is derived from Ghanaian highlife. Nigerian juju incorporates guitars with the dundun, known as the “talking drum” because its tones can be understood as words. Musicians such as King Sunny Adé and Ebenezer Obey helped popularize juju in the 1970s and ’80s. Fuji music, developed by Alhaji Sikiru Ayinde Barrister, has no guitars but uses several drums. Its origins are in the Islamic call to prayer during Ramadan, the month of fasting.

Visual and Folk Arts
Nigeria's painters and sculptors use modern techniques while drawing from indigenous themes. Among Nigeria's many folk arts are soapstone and wooden statuettes. Wooden masks are used in traditional religious ceremonies. Artisanal weaving is also a traditional craft.

Storytelling and Literature
Nigeria has a rich oral tradition. Storytelling serves as both a form of entertainment and a means of transmitting cultural knowledge and values. A number of Nigerian writers have received international recognition. Three of the most prominent are Chinua Achebe, Flora Nwapa, and Wole Soyinka. Achebe is best known for his 1958 novel Things Fall Apart. Nwapa became the first African woman to publish a novel in English in 1966. In 1986, Soyinka became the first African to receive the Nobel Prize in Literature.

Film
Nigeria hosts Africa's most prolific film industry, called Nollywood, which rivals the U.S. film industry in terms of number of films produced annually. Nigerian films are popular throughout the continent, again rivaling U.S. American films in popularity in some areas. Many are informally made with relatively small budgets. Because movie theaters are rare, Nollywood films are generally released only on DVD.