As of December 31, 2019, the number of prisoners under the jurisdiction of the State of Louisiana correctional authorities was 31,609 located in 9 state prisons and held in custody of private prisons or local jails. Louisiana operated facilities had a staff of 4,779 employees and a budget of $734,795,732.

*statistics from the National Institute of Corrections

Where Louisiana Stands in 2021 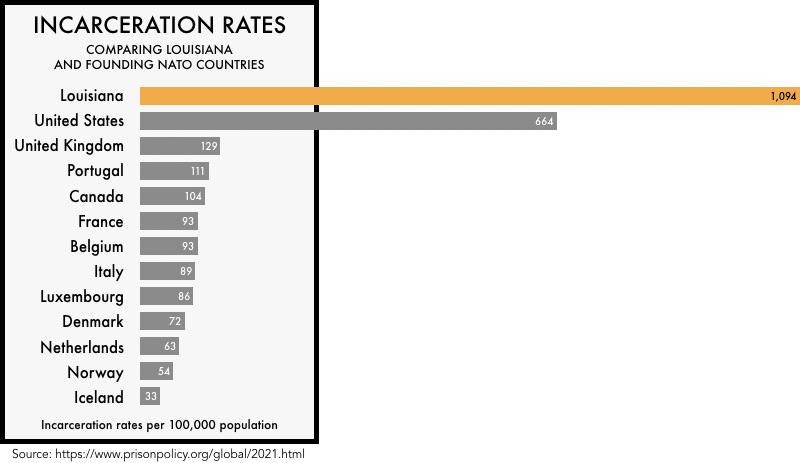