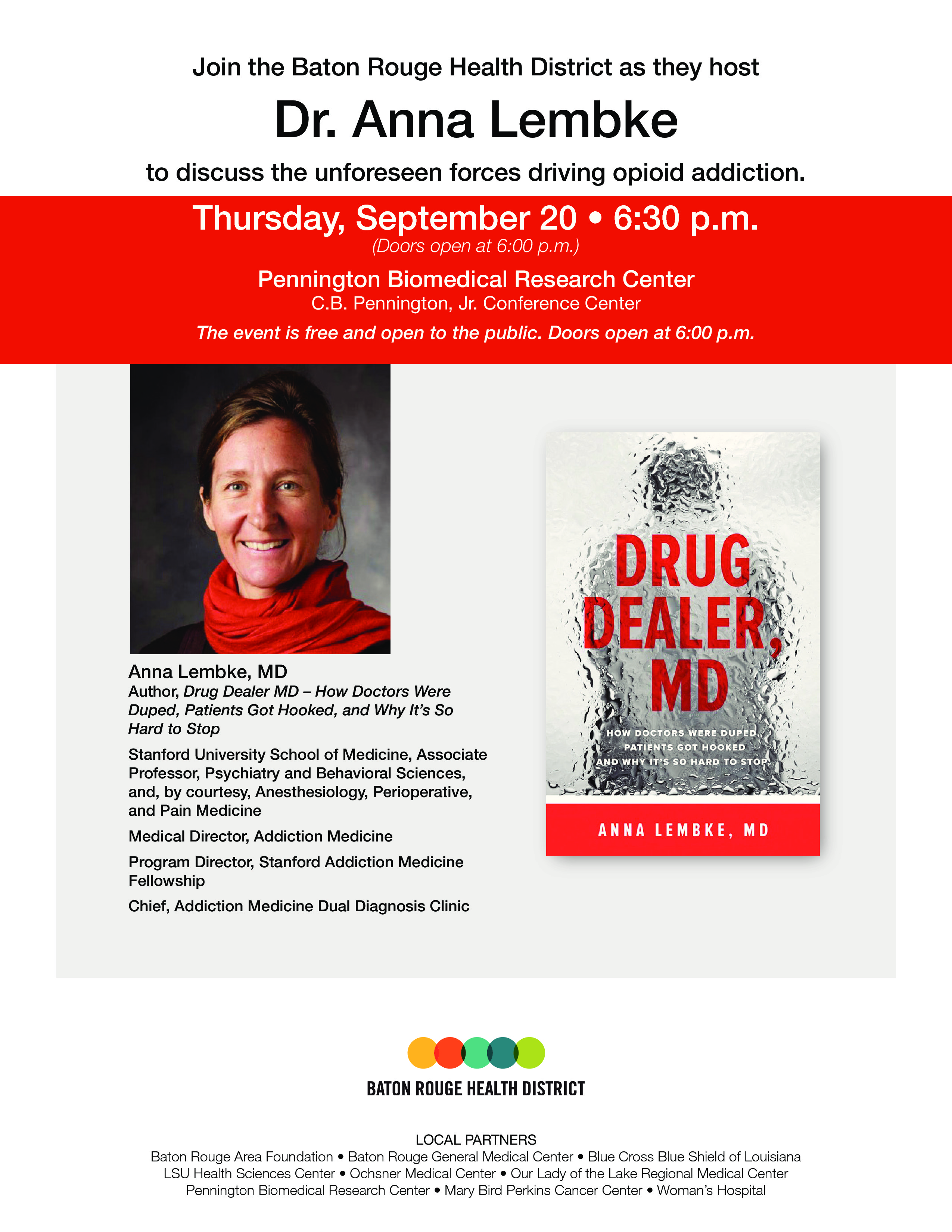 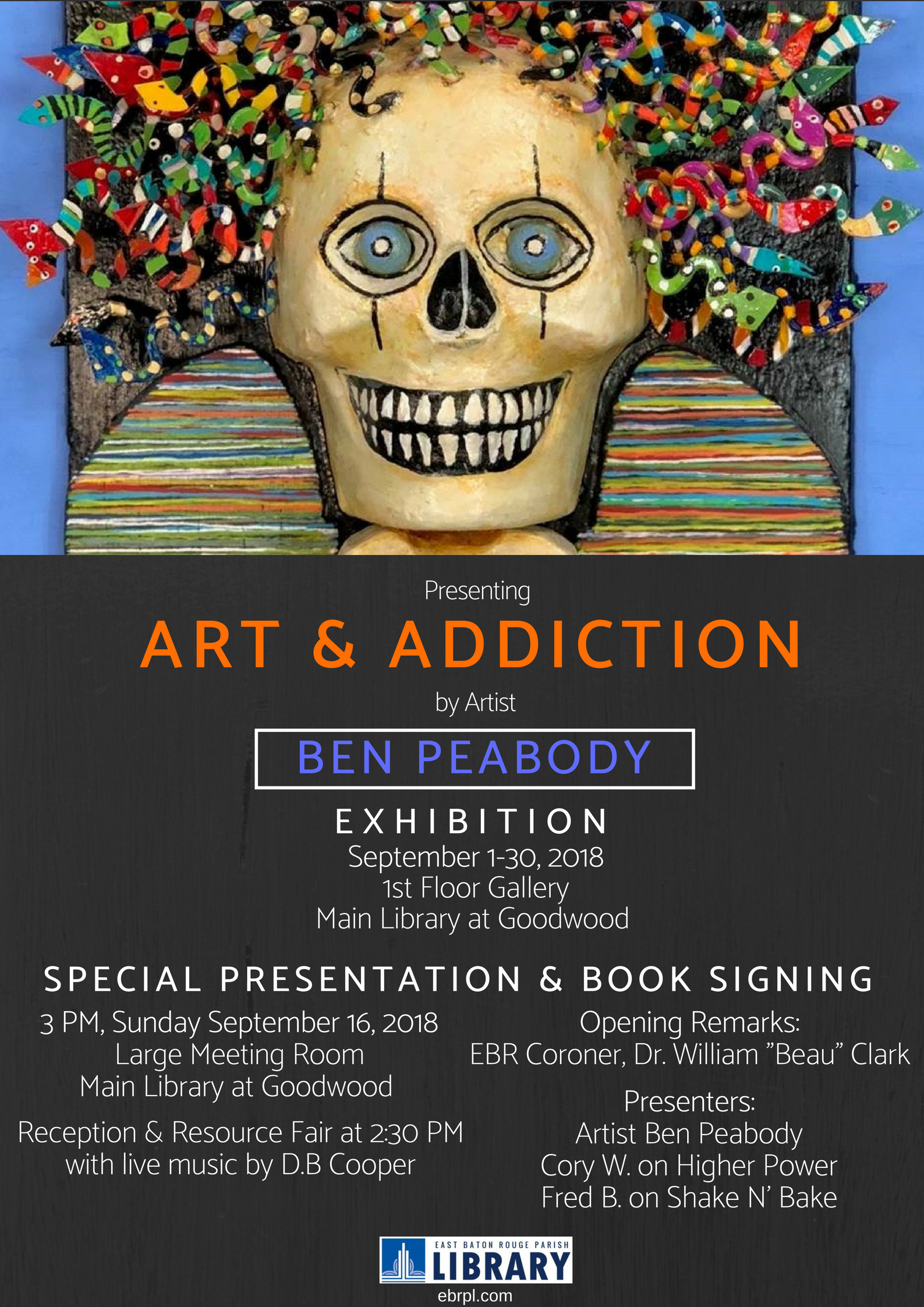 A native of Baton Rouge, Louisiana, Peabody attended Louisiana Tech University, where he received a B.A. in Art Education. Later studies include a M.A. in Instructional Media from Southern University and additional work on a M.F.A. at LSU. Influenced by his love of the water and its mysteries and by Mexican artists Diego Rivera and Guadalupe Posada, Peabody’s work fuses figurative and expressive art with geometric, abstract art. His series, Art and Addiction, is based on personal experiences, research, and stories of persons in recovery. Stories are interpreted through the symbolic use of objects, words and colors reflecting his imagination. This body of work was created over a 19 year period. Ben has been a full-time artist since 2001 showing in group and solo shows in Louisiana, Georgia, Florida, Alabama and New Mexico.

FRED B. will talk about Shake N’ Bake.

D. B. Cooper will play some funky blues and swamp pop before the program begins. 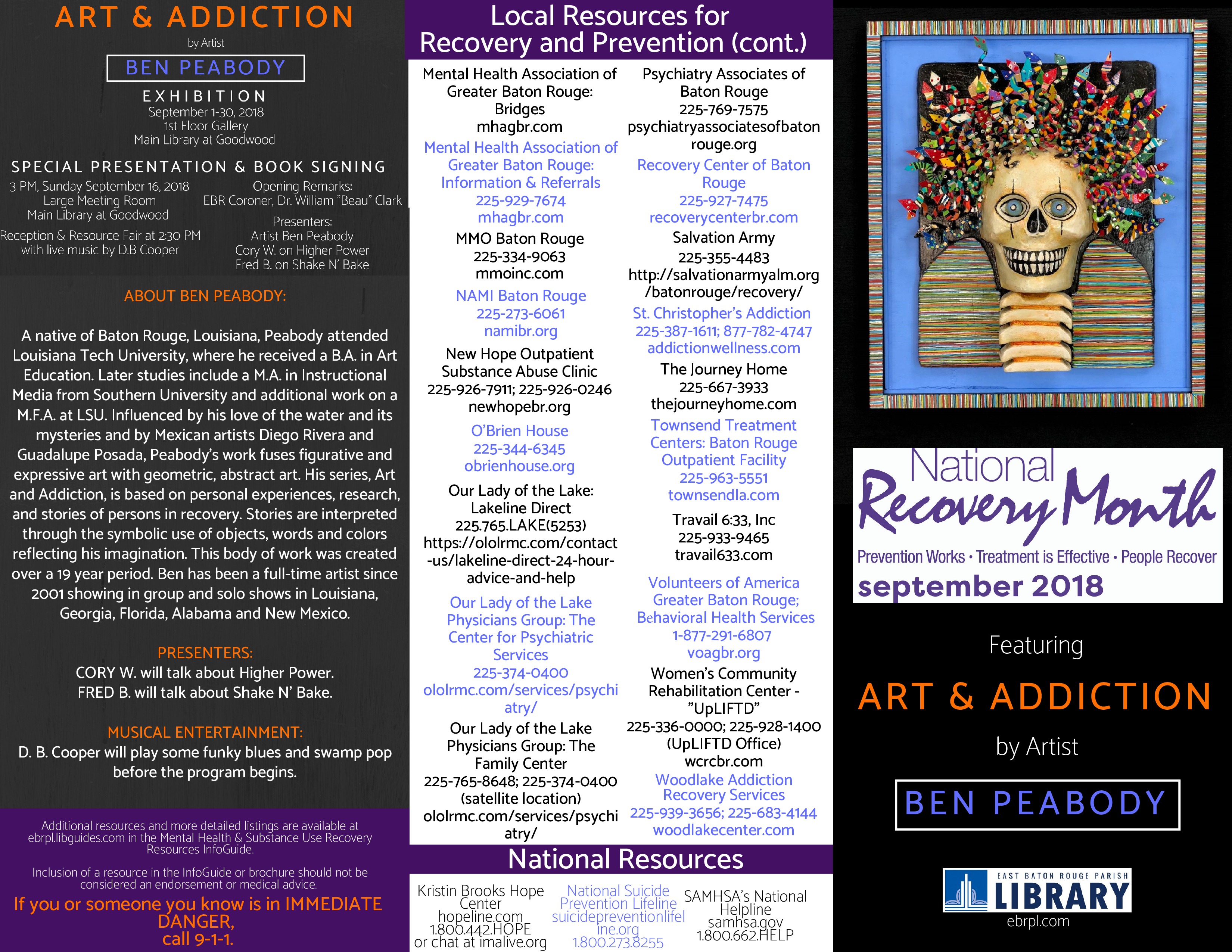 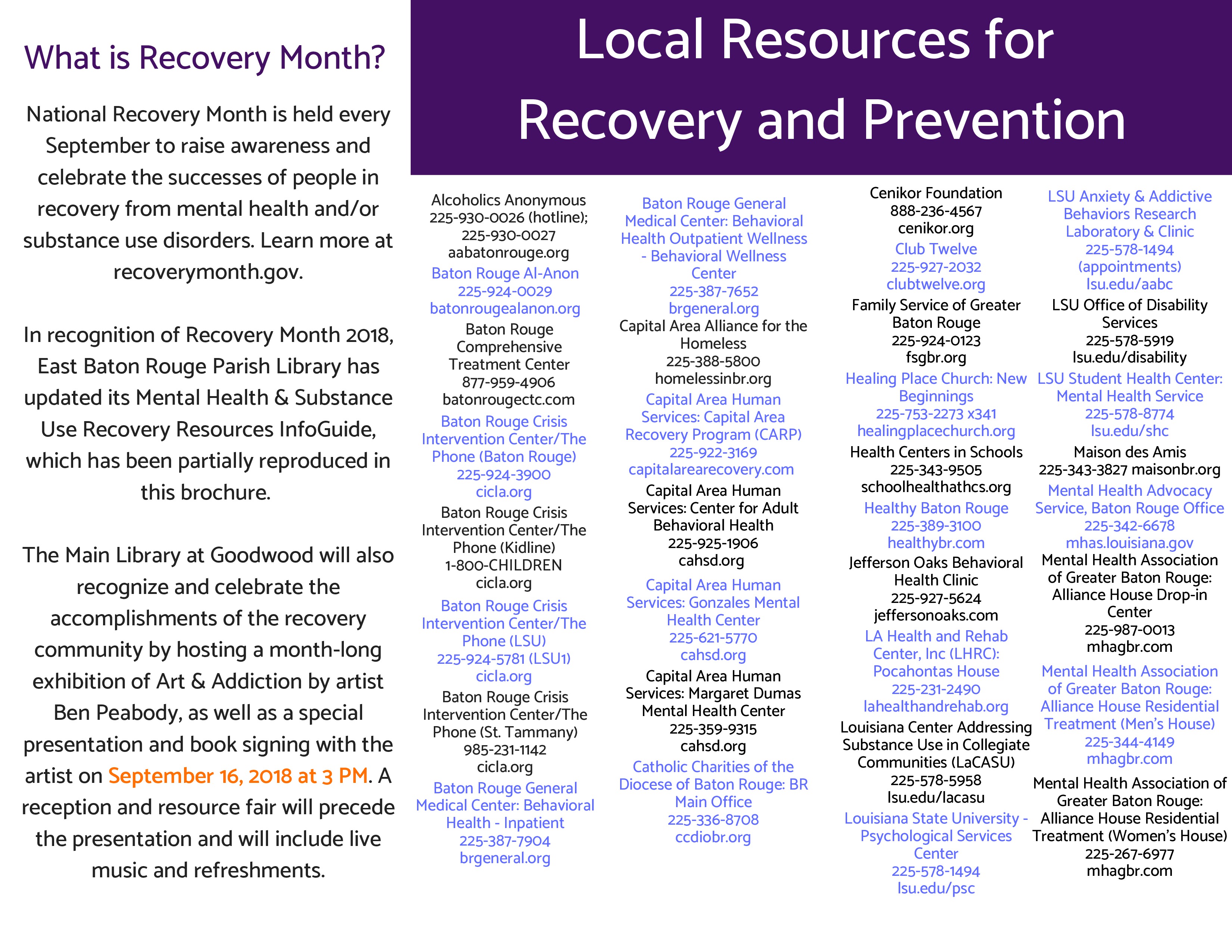