One Book One Community 2019: The Hound of the Baskervilles: Arthur Conan Doyle 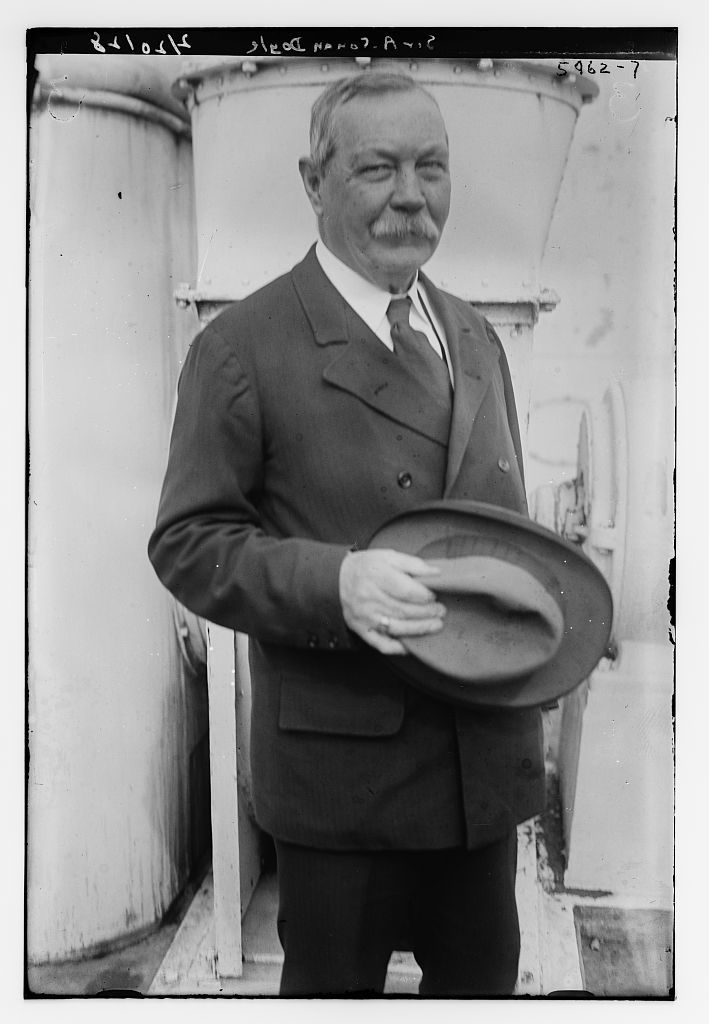 "SIR ARTHUR CONAN Doyle achieved worldwide fame through the creation of his fictional detective, Sherlock Holmes. Doyle’s writings, along with the Sidney Paget and Frederick Dorr Steele illustrations for the stories and numerous screen portrayals, have made Holmes’s trademarks —the deerstalker cap, magnifying glass, and curved pipe—instantly recognizable to people everywhere.

Doyle’s own life was intriguing, and it is clear that many of his own traits are reflected in his fictional creation. He was born in Edinburgh, Scotland, on 22 May 1859, the son of devout Irish Catholics. The Doyle family was talented in the arts: John, Doyle’s grandfather, was the well-known political caricaturist “HB”; Doyle’s uncle Henry was a talented painter and director of the National Art Gallery of Ireland; his uncle James was a historian and an illustrator; and his uncle Richard created the cover for Punch magazine and was a children’s book illustrator. Charles Doyle, his father, was the least talented of five brothers and had to struggle to support his seven children, earning extra money by illustrating and painting." (p. 201)

Books about the author